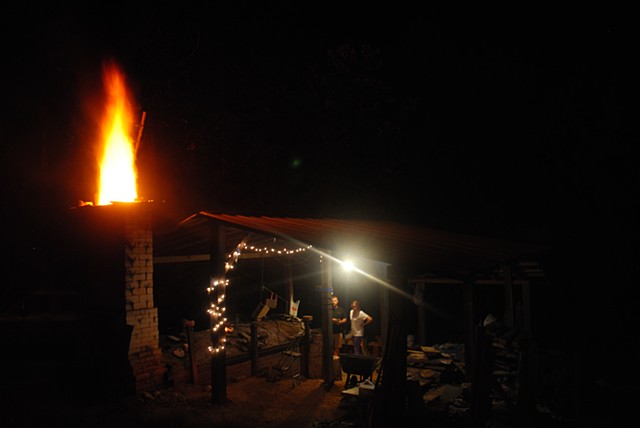 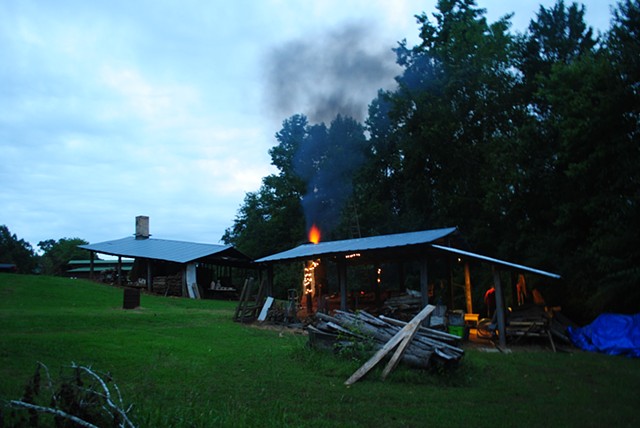 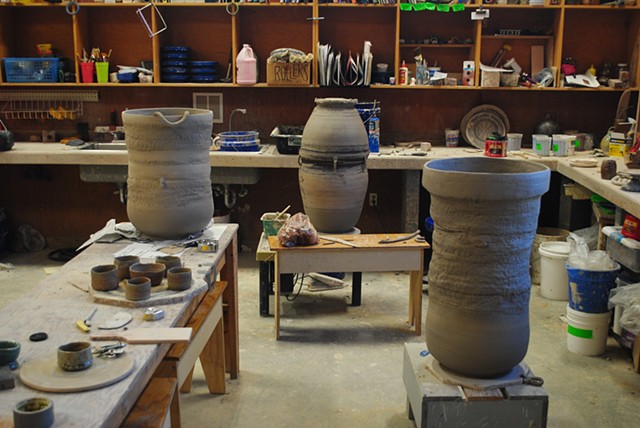 Works in progress in the North Carolina Pottery Center studio building. These large works are built on the wheel alternating between throwing coils and handbuilding with coils 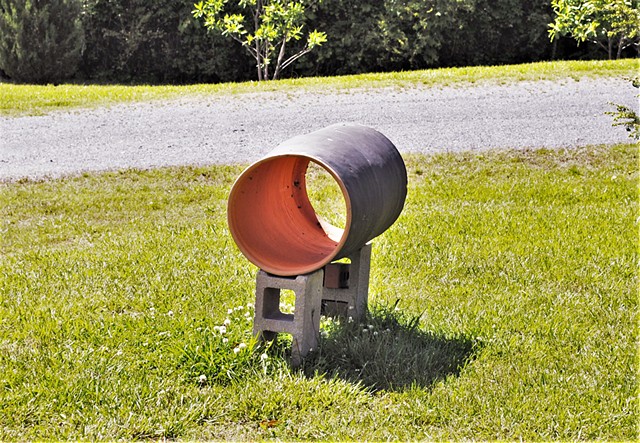 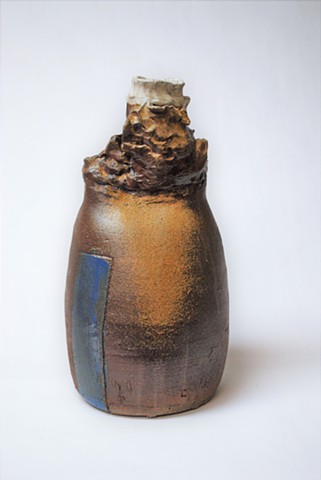 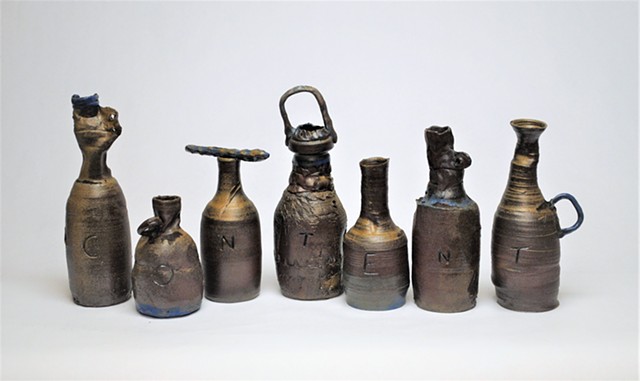 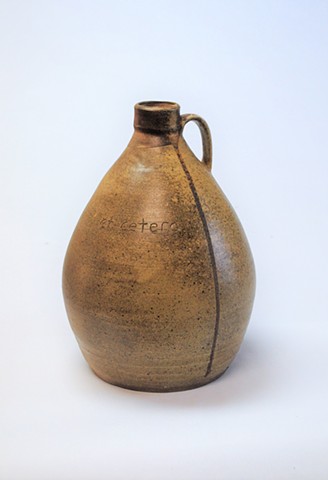 Jug (This Is A Jug)
wood fired ceramic 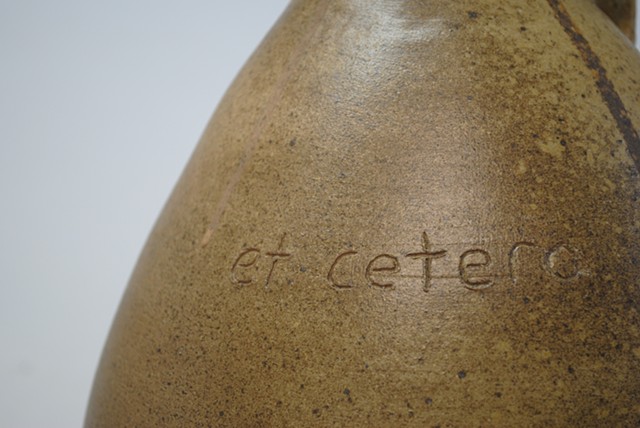 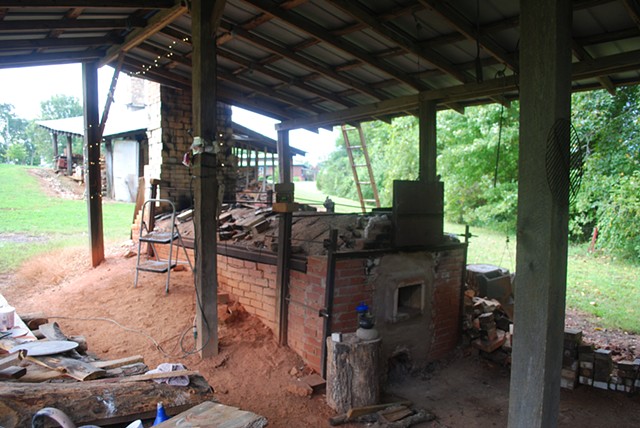 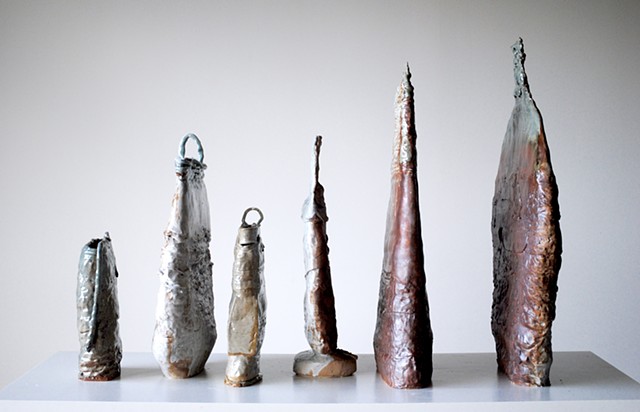 Group of a series of "flatpots'' developed while a resident at STARworks in Star, North Carolina. 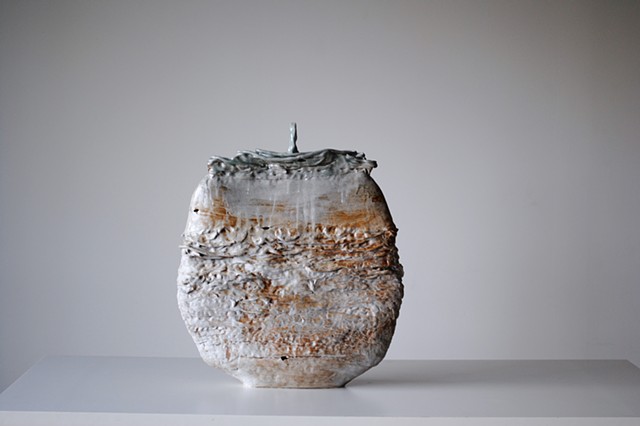 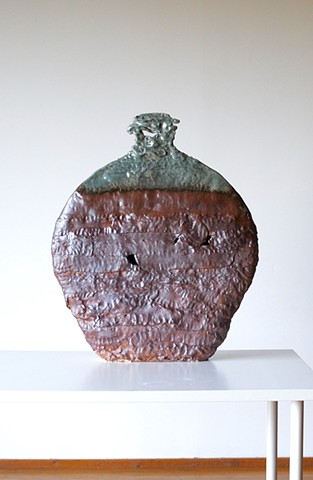 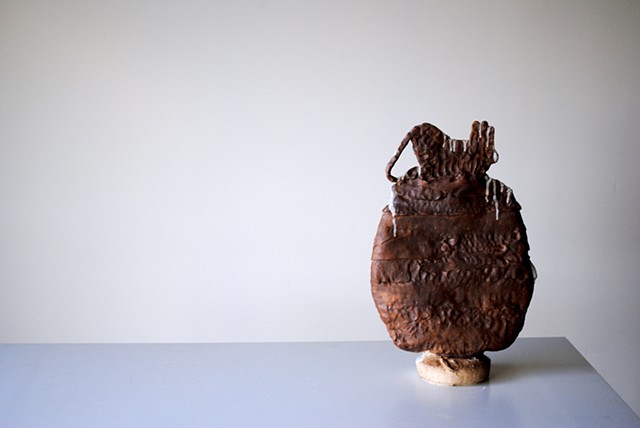 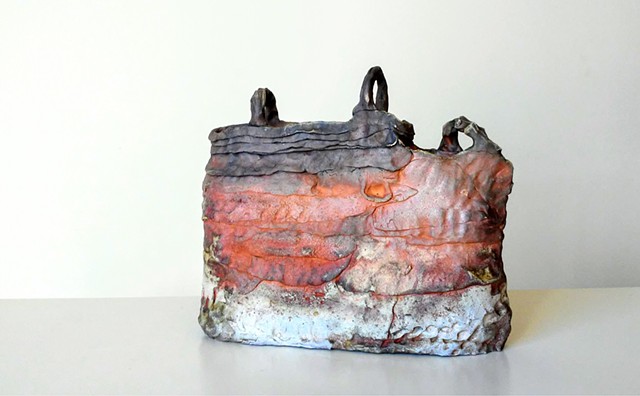 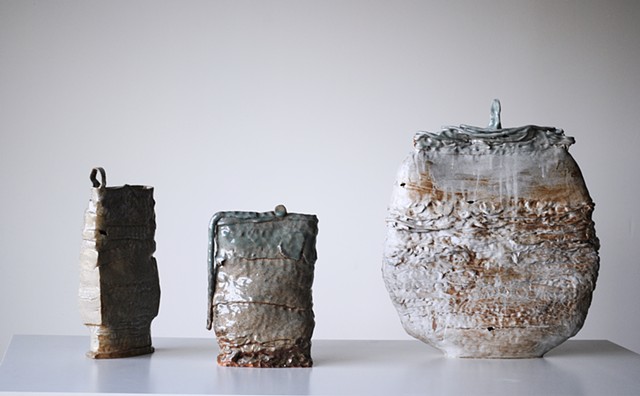 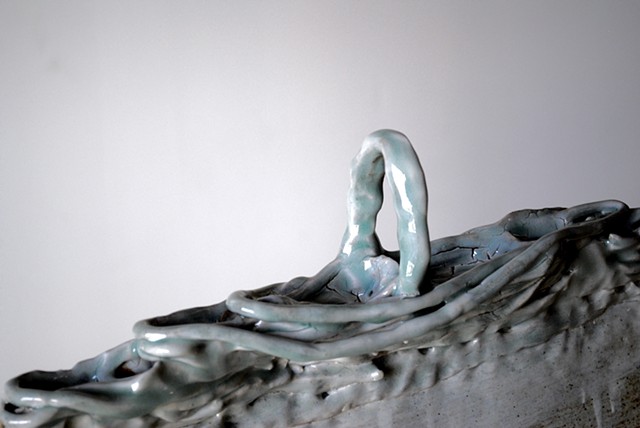 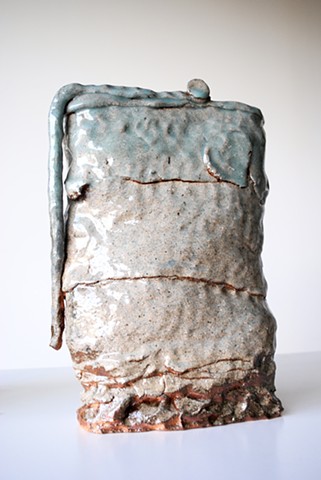 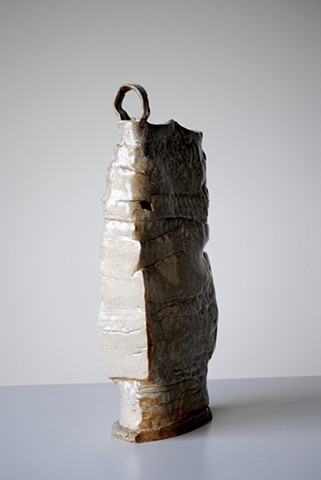 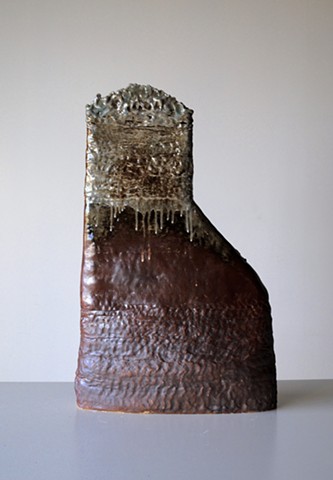 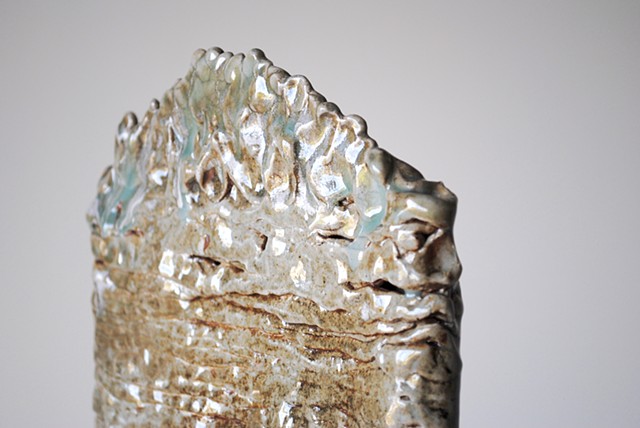 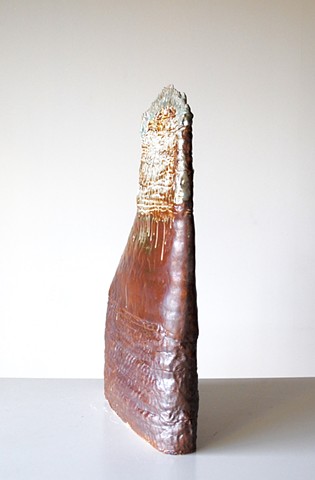 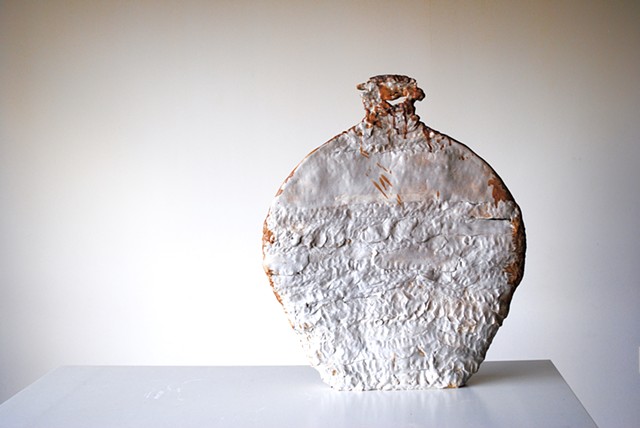 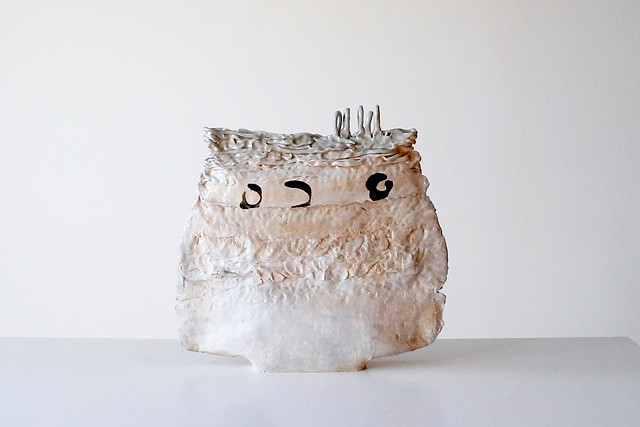 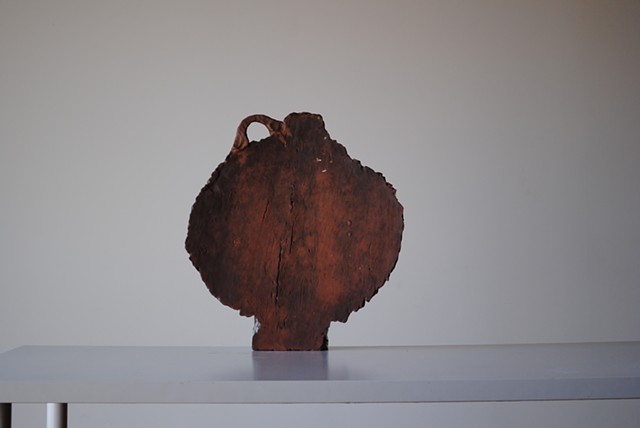 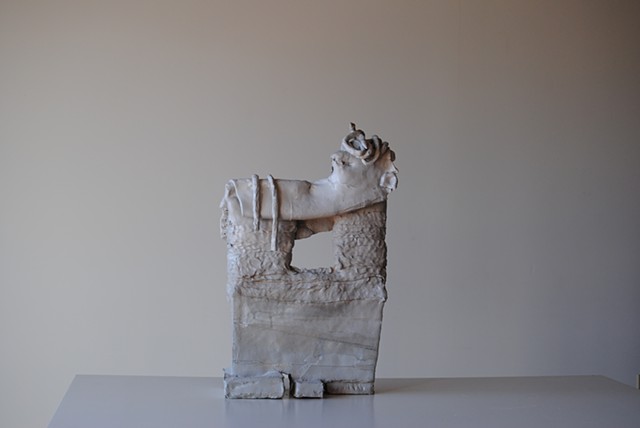 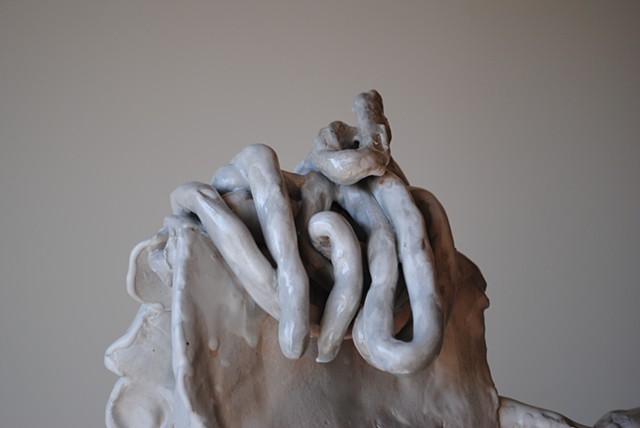 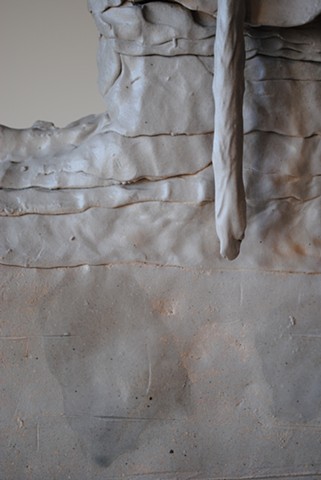 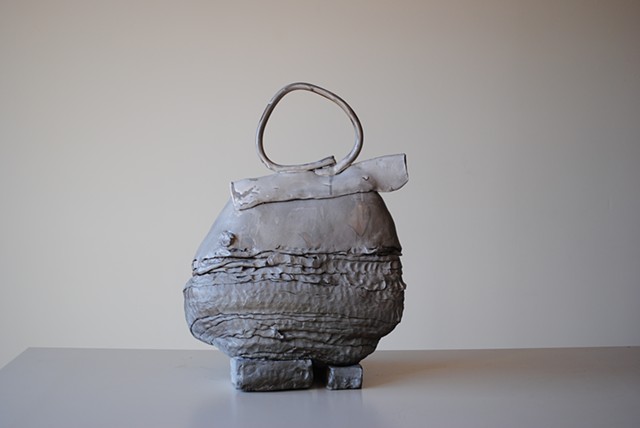 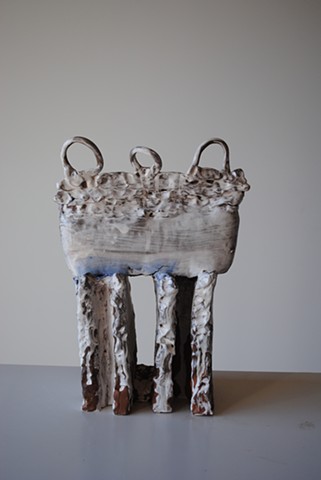 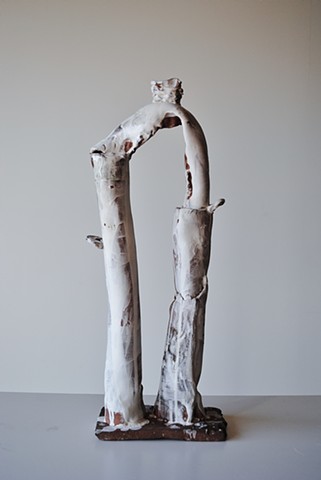 This gallery shows work and images from my time in North Carolina. I was lucky enough to have been a long-term AiR at the North Carolina Pottery Center in Seagrove from August 2016 to June 2017 and then in the fall of 2017 I was accepted as an AiR at STARworks in Star, NC.

This was an exciting time exploring the potential in wood-fired ceramics as well as getting back to my roots throwing functional pottery again. Working with potters in the Seagrove area was essential and incredibly rewarding. Fred Johnston, Carol Gentithes, Donna Craven, Chad Brown, David Stuempfle, Mark Hewitt, Levi Mahan and Bill Jones formed a diverse and interesting crowd of artists and potters. Other residents at the time like Deighton Abrams and Katie Maloney also formed important networks and stimulating dialogues.

In this period I began exploring sculptural works without installation - objects which create their own ecologies and socio-lectures. I was able to tackle some problems with the images of sculptural works and began making 'flattened' pieces. This coincided with works which saw their own potential in the unfinishing of work. Floppy and flaccid coils would often be the last effort of a piece revealing the inherent fallacy of the monument and totem. These themes continue to percolate in my practice regardless of medium.